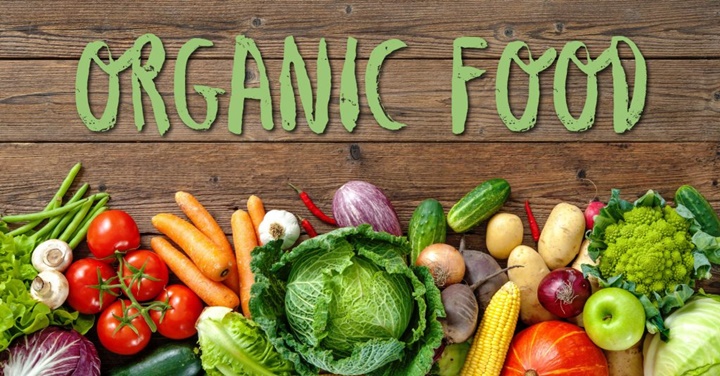 What is organic food? Are they as good as rumored? These are the problems of many people who want to put their faith in a clean food source which is considered as the trend of modern society.

More specifically, if you’re wondering between a bunch of organic vegetables and a bunch of regular vegetables, some of the following information will probably help you more or less for the choice.

If Vietnamese people see organic food as a new and unfamiliar concept, then for the West, organic food has long been a staple in everyday life.

Specifically, Americans spent $ 39.1 on organic products in 2014, an increase of 11% for 2015, this number continues to increase and there is no sign of slowing down over the following years.

So, what is organic food?

The term “organic” refers to the production process of certain foods. Organic food is a concept that refers to foods that are raised or grown without using:

Thus, we can see that the concept of organic food (Organic) is not as superior as we thought, it is simply a food group produced through farming methods using only natural substances, means avoiding all artificial chemicals, stimulants, antibiotics or genetically modified organisms (GMOs).

2 / How is organic food different from conventional food?

When the vegetable growers split into 2 beds, the selling side of the shrimp, the shrimp farmers started pumping impurities into the shrimp to increase profits, everyday “killing” the health of the people “dying and dying” over time. .. That’s when people start to care and ask each other what is organic food?

So the first difference of organic food and conventional food is safety or in other words, organic food appears as the “cure” for the worry “what to eat new without chemicals? ”.

If you put the common food using chemicals at the prescribed threshold, everything in the safe threshold, organic food still has outstanding merits.

Specifically, higher levels of antioxidants in organic foods help protect the body from pathogenic cells, especially cancer. Studies also show that the use of organic food has the ability to boost the immune system in animals.

Observational studies show a link between organic foods and a reduced risk of allergies and eczema in children as well as infants.

Nitrate levels in organic foods are lower
High levels of nitrates in foods cause an increased risk of some cancers, and they also affect the body’s ability to transport oxygen.

Studies have shown that nitrate levels in organic foods are 30% lower than in conventional crops.

Organic farming is also a model to balance the ecosystem and conserve biodiversity.
Organic farming is not merely a method of growing plants and animals without the intervention of chemicals (pesticides, chemical fertilizers, growth hormones, stimulants, etc.) by using natural fertilizer.

In addition, this is a comprehensive system when designed to optimize the productivity of agricultural ecosystems (improving soil resources, protecting water resources). More simply, this is the ideal farm model when all elements such as organisms, plants, animals, including humans, are formed and developed in completely natural conditions, according to the law. nature.

Organic foods are different from clean foods and are not “growers”
It is a fact that many people are still mistakenly thinking that food produced by the method of “standard” is certified as organic food, but forgetting that our country’s food market has concepts. “Grow food” “of growers” …

Clean foods, also known as safe foods, such as VietGap are foods that are grown according to VietGap standards, still use pesticides, chemical fertilizers but at safe thresholds.